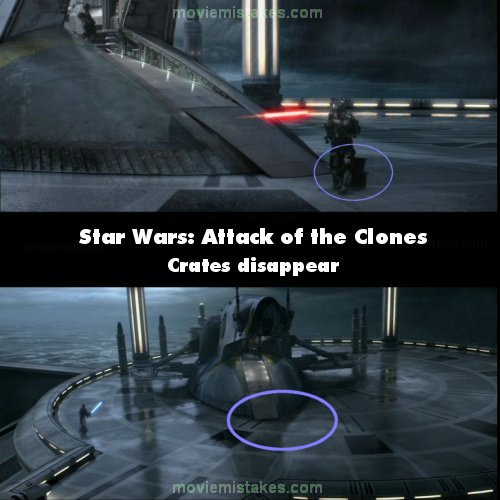 Continuity mistake: During the scene when Obi-Wan attempts to capture Jango Fett as he departs Kamino, Fett and his son Boba can be seen about to load crates onto his ship. As soon as Boba warns Jango about Obi-Wan's presence, Jango tells Boba to get in the ship, the scene switches view, the fight between Jango and Obi-Wan starts and where did the crates go? (00:58:15)

All the pictures for Star Wars: Episode II - Attack of the Clones