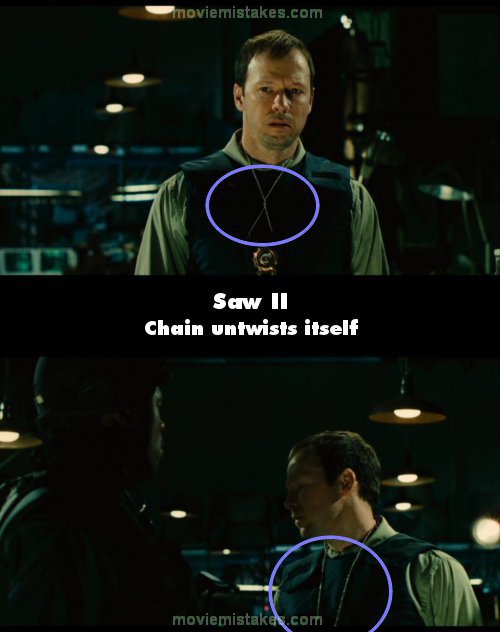 Continuity mistake: In the scene when Eric Mathews goes to confront Jigsaw (after he first looks at the monitors), the chain of his badge gets twisted when he gets held back, but as he's about to leave the chain appears, untwisted. But when he gets back to the monitors, his chain is twisted only to be untwisted by him a few seconds later. (00:16:30)

All the pictures for Saw II