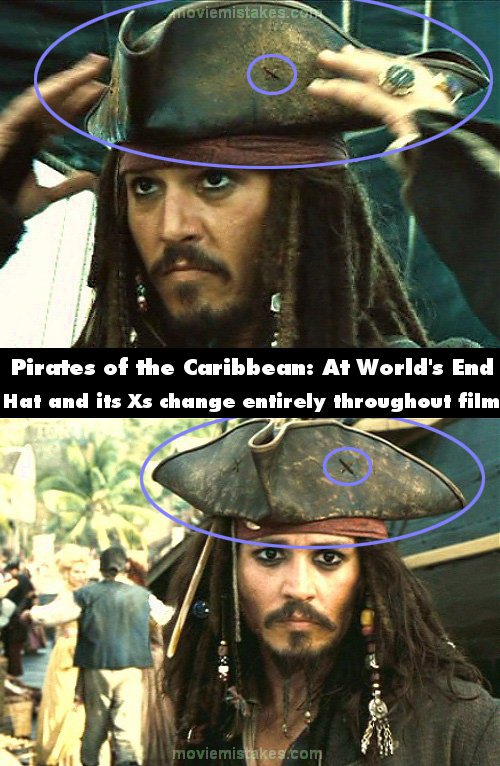 Continuity mistake: The worn areas of Jack's leather hat drastically changes throughout the film. Additionally, the hat has a threaded 'X' on both its right and left side. In numerous close-ups extra thread holes are visible in different areas near each of these Xs; such as in the Locker, when Jack lies on the ground as the Pearl passes by and later, on the little island, before Jack switches places with Will. In other shots those extra holes are gone, such as when Jack sets sail for the Fountain of Youth. The actual sizes of the Xs also change.

26
All the pictures for Pirates of the Caribbean: At World's End