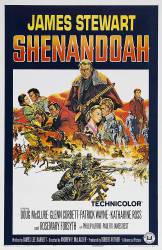 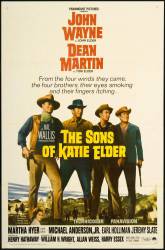 Factual error: As John Wayne walks back into the house after Martha Hyer drives away, the curtains on the window are seen to be flour sacks with "Gold Medal Enriched Flour" printed on them."Enriched Flour" was not created until the 1940's. (00:24:05) 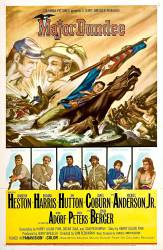 Factual error: The US Cavalry are careful not to run into Confederate cavalry from Fort Davis, who are shown in the distance. Fort Davis was indeed occupied by the Confederates from 1861 to 1862, but was then abandoned until 1867. The film is set in 1864, so there would be no Confederate troops at Fort Davis.