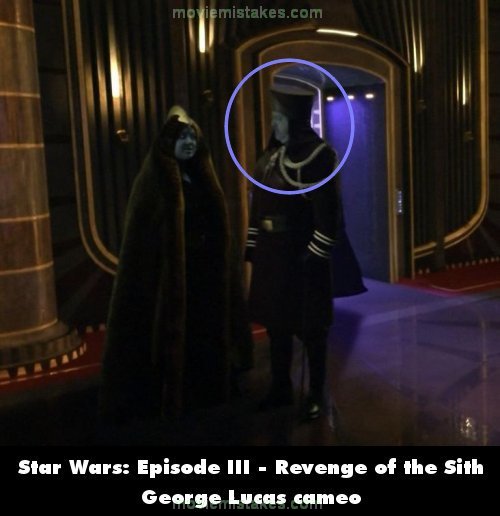 Trivia: George Lucas makes a cameo appearance during the opera scene. He is the blue faced being, named Baron Papanoida, that you see outside Palpatine's box. It marks Lucas' first and only appearance in any of the Star Wars films; also in that scene is Lucas' daughter Amanda and her boyfriend. Lucas also reportedly provides the sound of General Grievous' coughing.

All the pictures for Star Wars: Episode III - Revenge of the Sith