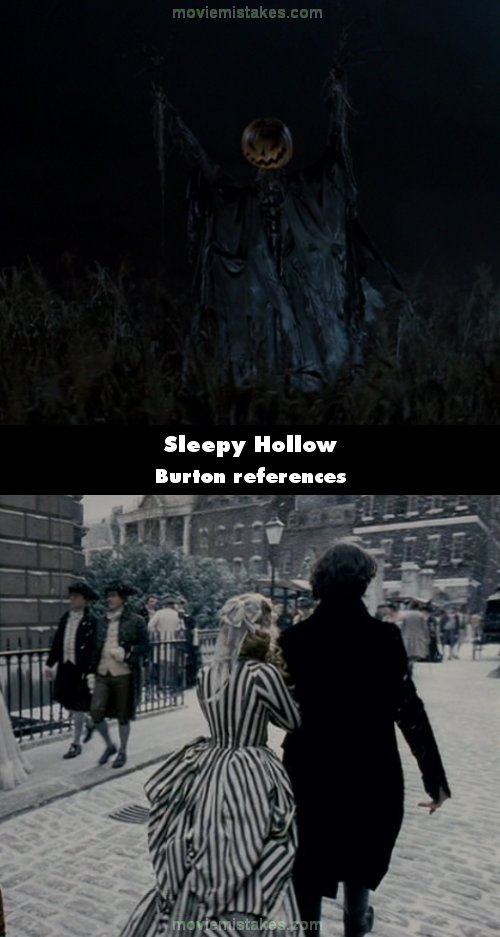 Trivia: Numerous references to other Tim Burton films: a) The dress Katrina Anne Van Tassel wears at the end is similar to Beetlejuice's outfit. b) Crane has various sharp scissor-like tools, which is a reference to Johnny Depp's early film "Edward Scissorhands" (1989). c) The scarecrow at the beginning looks exactly like Jack from "The Nightmare Before Christmas" (1994). d) The covered bridge is a lot like the bridge in "Beetlejuice."

All the pictures for Sleepy Hollow