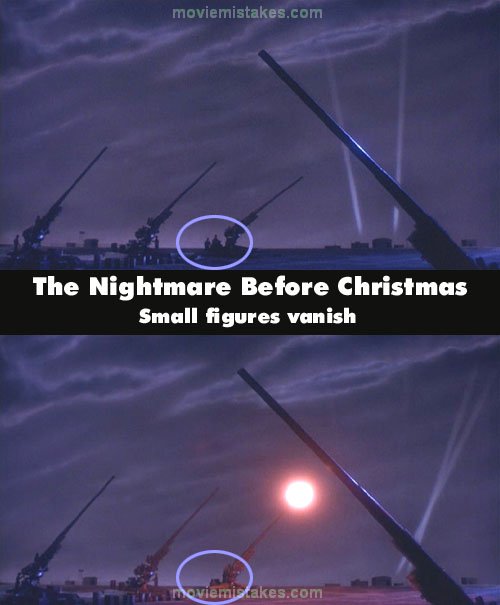 Continuity mistake: When Jack is having his Santa joyride, the army is called in to shoot him down. There is one sweeping shot of the giant cannons rising and firing at him. If you look at the bottom of the screen, you can see two small soldiers as the guns are rising, but as they fire, the soldiers blink out of existence. (00:58:30)

9
All the pictures for The Nightmare Before Christmas