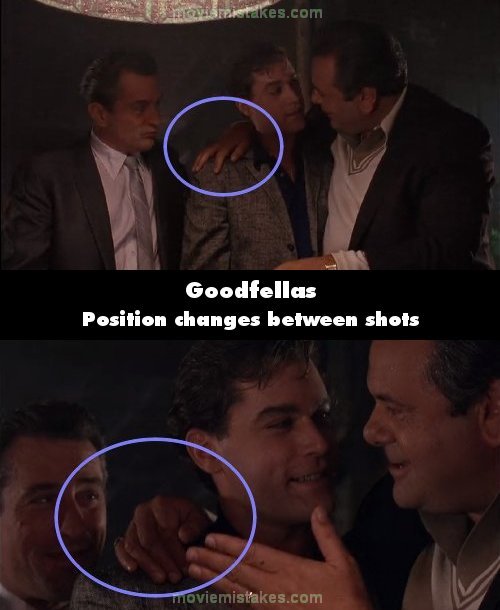 Continuity mistake: After Henry gives Paulie a share of the money he took from the air port, Paulie tells him to say that he got the rest of the money playing Craps in Vegas. Paulie's left hand is around Henry's back with his hand flat out on his shoulder. When it cuts to a close up as Paulie is playfully slapping his cheek with his other hand, his left hand is now suddenly balled up in a different position on Henry's shoulder. (00:35:30)

All the pictures for Goodfellas