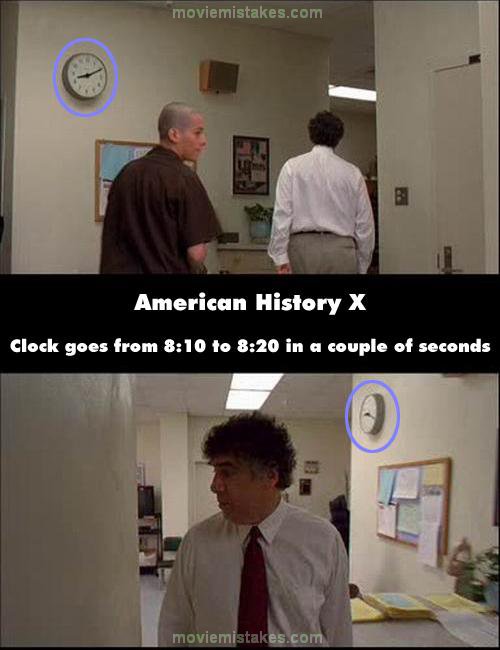 Continuity mistake: Toward the beginning, when the principal calls Danny into his office to discuss his Mein Kampf paper, he first glares at the Jewish teacher who exits the principal's office. As the teacher is walking past, the clock on the wall reads 8:10. But when the camera angle changes to show him walk around a corner, the same clock reads 8:20. Apparently it took him 10 minutes to turn the corner.

All the pictures for American History X