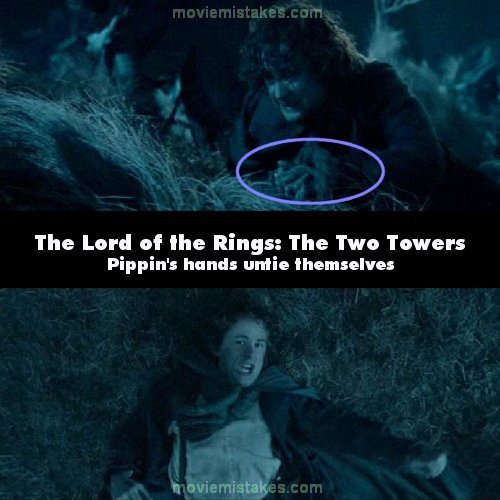 Continuity mistake: Merry and Pippin were bound when taken by the Uruk-hai, and the bonds weren't cut until after they managed to escape during the fight. Yet, when the horse almost crashed down on Pippin, he had his arms spread out up near his face, not bound, even though they weren't cut until later. In the next shot, his hands are bound again. (00:31:15)

All the pictures for The Lord of the Rings: The Two Towers