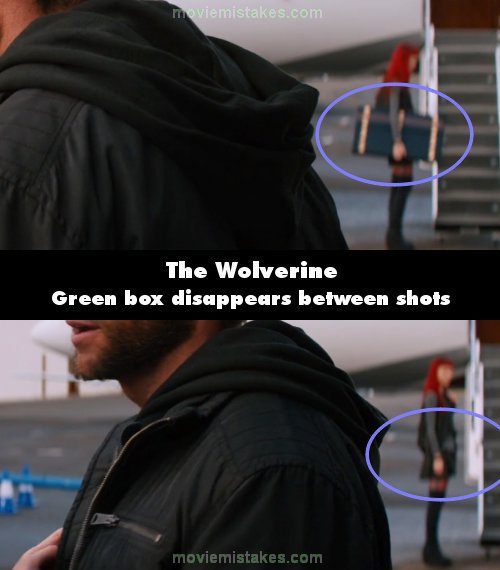 Continuity mistake: As Wolverine bids farewell to Mariko in the next to final scene on the airport tarmac, Yukio is visible in the background of the shot standing at the foot of the stairs, where she receives a green box which she tucks under her arm. The scene cuts to Mariko, when it moves back to Wolverine, Yukio remains in the background but the green box has disappeared.

3
All the pictures for The Wolverine