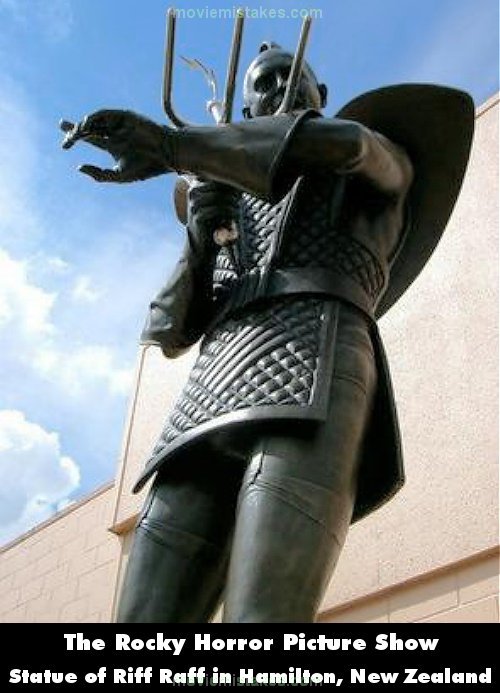 Trivia: A life-size bronze statue of Riff Raff dressed in the finale's space suit was erected in Hamilton, New Zealand in 2004, in a tribute to RHPS creator/writer Richard O'Brien. The following is inscribed on the plaque: "It's astounding! Where we stand is the birthplace of the Rocky Horror Picture Show. On this site stood the Embassy Theatre, the home of Hamilton's Late Night Double Feature show, and the barber shop where Richard O'Brien cut hair and daydreamed from 1959 to 1964." WETA Workshops, of Lord of the Rings fame, designed the statue.

All the pictures for The Rocky Horror Picture Show