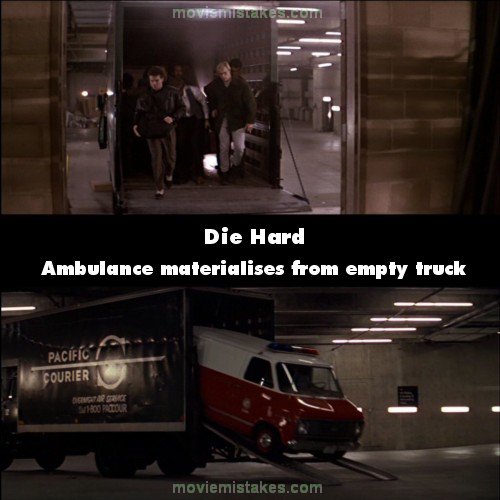 Continuity mistake: When the terrorists enter the building, they stream out of the rental truck. You don't see the large ambulance that emerges for their getaway at the end of the film. This is because the ambulance was a late addition to the script - the terrorists leaving the truck was originally a longer shot, but had to be cut down as short as possible to hide the lack of ambulance. More info in the trivia section. (00:18:00)