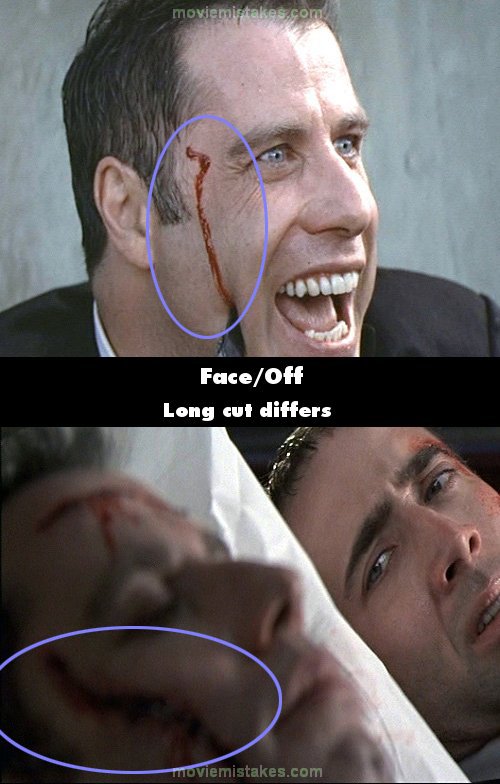 Continuity mistake: When Castor Troy (as Sean Archer) says, "Every time you'll look in the mirror, you'll see my face," he proceeds to cut his face. The first cut he makes is straight down the side of his right cheek (viewer's left) and later that cut is curved and closer to his nose. This may appear to be a mistake at first glance; however, Castor's facial expression is different in the two images. When he made the cut, the cheeks were pulled away from the nose; in the second photo, the muscles are relaxed, moving the cut closer to the nose. (02:09:15)

All the pictures for Face/Off