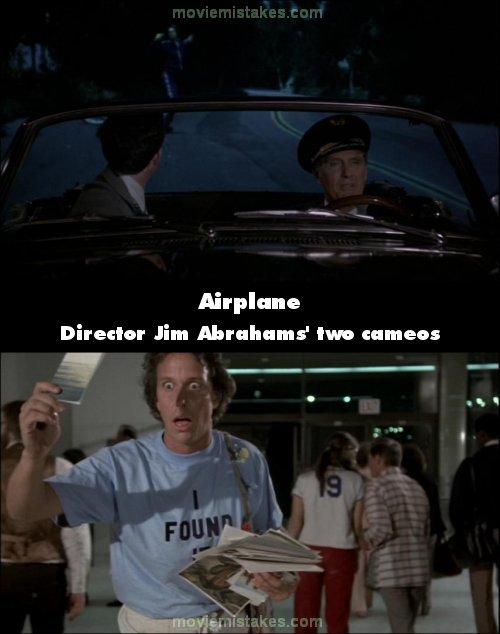 Trivia: Director Jim Abrahams has two roles in this movie. The first role was that of the bicycle rider that yells back at Kramer after Kramer hits him on the road. He also plays a role as a solicitor at the airport. He is the one who pauses after seeing how Kramer is treating the other solictors. (00:52:10 - 00:54:55)

All the pictures for Airplane