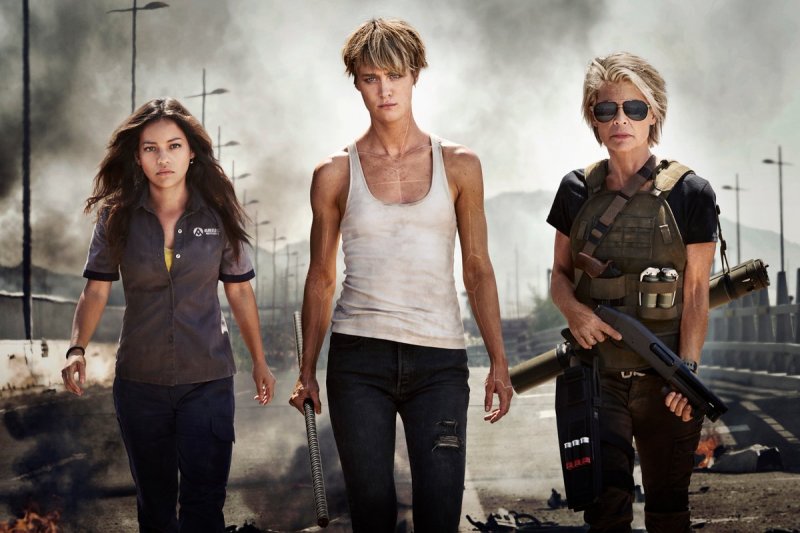 Yeah yeah, yet another Terminator movie. A series which has been getting progressively worse and more daft as time goes on, "The Sarah Connor Chronicles" aside, which apparently was pretty decent, but I never really got into. One was great, Two was incredible, Three was meh but had an amazing ending, Four was entirely forgettable, and Five was messy. So why should we care about no. 6? Two reasons...maybe three. I'll come in again.

For starters, James Cameron is producing this, and has worked with the director on the story. Secondly, the director is Tim Miller, of Deadpool fame. Thirdly, they're actively ditching the last three movies - this is a direct, belated sequel to Terminator 2, featuring Linda Hamilton (with a vaguely Hillary Clinton-esque hairdo) and Arnold Schwarzenegger...and that's apparently it for the prior characters, at least as far as anyone's admitting. No John Connor, no Kyle Reese. New characters played by Natalia Reyes and Mackenzie Davis will feature, as seen in the pic above, but other details aren't forthcoming.

So...colour me cautiously optimistic. I think realistically it's not going to match the first two, but I'd settle for a new "third best Terminator movie", without the qualifier "but that's not saying much". Arnie seems to be pretty good at acknowledging his age in recent movies, even the most recent "Terminator: Ugh", so I assume that will feature...one way or another. Hopefully without a lot of CGI to de-age him, just because that's been done.

Trailers for Shazam and Hunter Killer