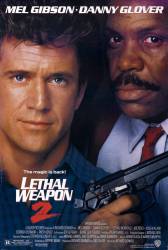 Deliberate mistake: The way diplomatic immunity is depicted in the movie is extremely inaccurate. While technically a sufficiently ranking diplomat could perform the acts shown in the movie without being subject to arrest, their home government would be requested to turn the diplomats over for trial, or the diplomat would be declared persona non grata and expelled from the country. A drug smuggling ring and murdering multiple policemen is far, far more serious than actual crimes that diplomats have been expelled (or handed over for trial) for in the real world. Additionally, the consul general and his officers would not be considered diplomats. They would only have limited consular immunity with regards to "official acts" in the course of consular business. 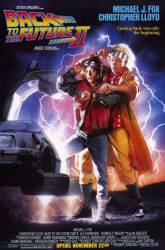 Deliberate mistake: When Old Biff and Young Biff are sitting in Biff's car, the car's rear-view mirror vanishes during all shots of Old and Young Biffs together. Presumably this made the split-screen effect easier to do.

Picture
More Back to the Future Part II deliberate mistakes