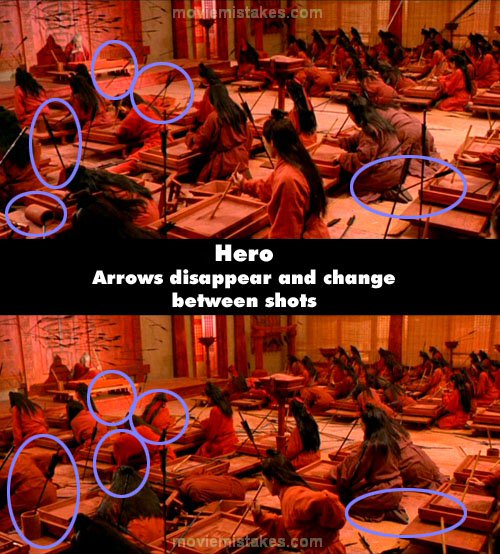 Continuity mistake: During the scene where the calligraphy students continue their work and the arrows are continuing to shower through the classroom, there is a wide shot of the classroom and a number of arrows are hitting the students and landing near them. Shortly after this there is a shot taken from the same angle but a number of differences. The position of a number of arrows have changed (with some disappearing) but you can also see an arrow in one of the students backs has disappeared. Another arrow has landed in a bowl that was knocked over before and is now standing upright. One of the dead students the arrow in her head has disappeared and her head has moved between shots. (00:22:10 - 00:24:30)

All the pictures for Hero