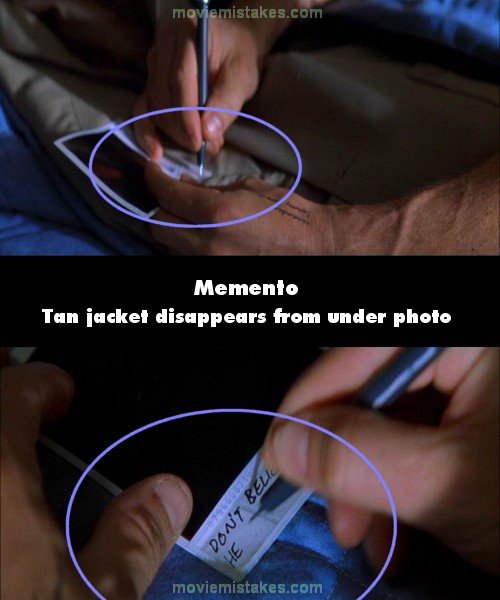 Continuity mistake: In the scene in which Leonard writes on the back of his picture of Teddy, "He is the one. Kill him," we see a shot of Leonard placing the picture on top of his tan jacket on the bed as he goes to write on it. Then, it goes to a close-up of the picture in which the jacket has disappeared and the picture is lying directly on the blue bedspread. It actually happens twice within that same scene. (00:15:15)

All the pictures for Memento