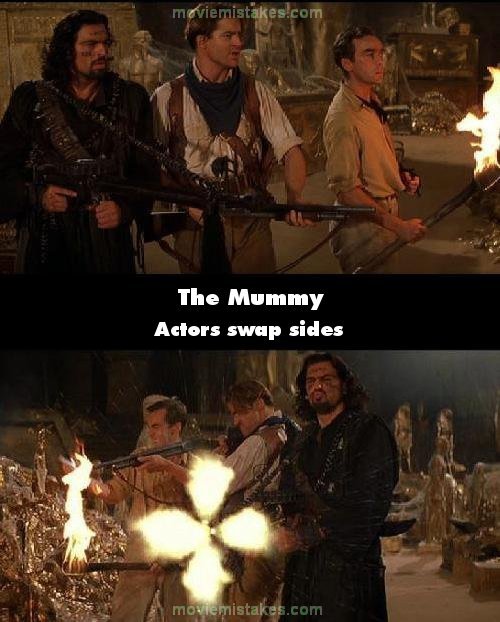 Continuity mistake: In the scene where Imhotep's priests first pop up, Jonathan is on Rick's left, and the guy in black is on his right. But in that split-second shot that shows them starting to fire, they are on the opposite sides. [In the director's commentary he does mention this but says it's because they had to cut some scenes out due to time, still a mistake but has a reason.] (01:39:20)

All the pictures for The Mummy