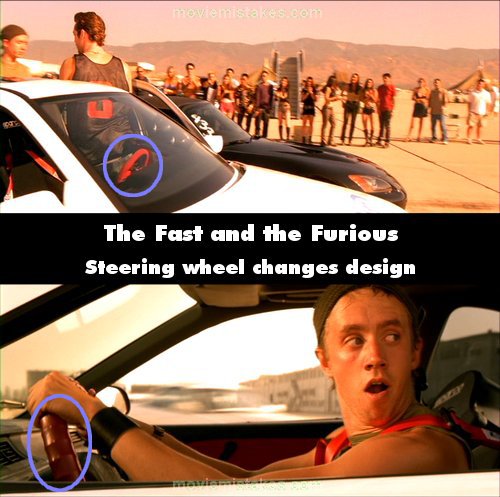 Continuity mistake: In the scene of the "race wars" when Jesse runs against the Johnny Tran's Honda S2000, at the moment when Jesse pushes his NOS button, his car has a red racing steering wheel, maybe a MOMO wheel, and three gauges on the "A column" (at the left of the windshield column) of his Jetta. When the shot changes to Jesse when he says "ha," the red MOMO wheel becomes in a grape Jetta wheel without NOS buttons and the gauges disappear from the car. (01:13:05)

All the pictures for The Fast and the Furious