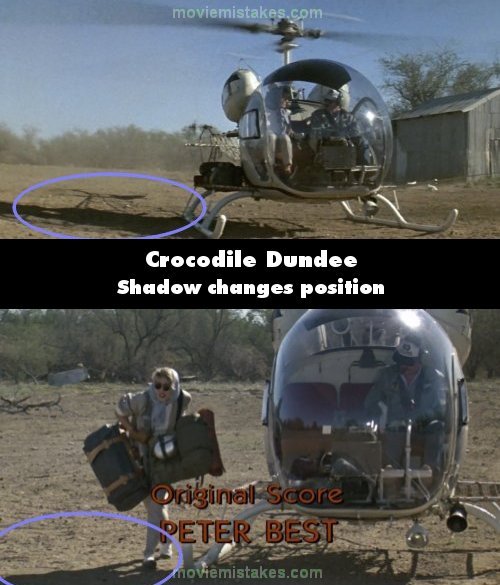 Continuity mistake: At the beginning when the helicopter lands, the helicopter's shadow goes out toward the rear right of it (from the pilot's perspective), but when Sue grabs her bags and walks to Walter, the shadow is now cast to the front right. Since Sue got out and was standing next to it, the helicopter did not move in the meantime. (00:03:15)