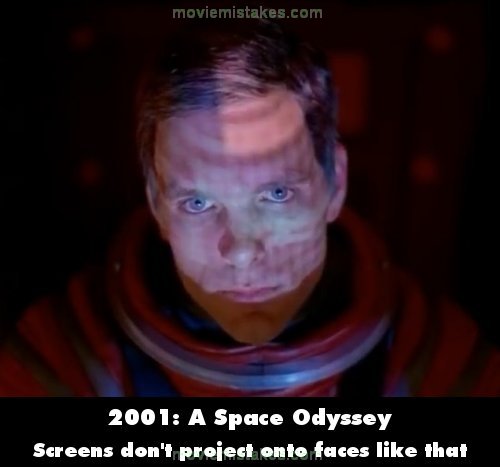 Deliberate mistake: When Dave is in the pod arguing with Hal to let him back in, various patterns of light are projected on Dave's face presumably from the video screens that say NAV and COM and such. Light on such a screen would diffuse and not project like this. It is likely those screens had rear projection and they merely removed the screens for this effect.

All the pictures for 2001: A Space Odyssey