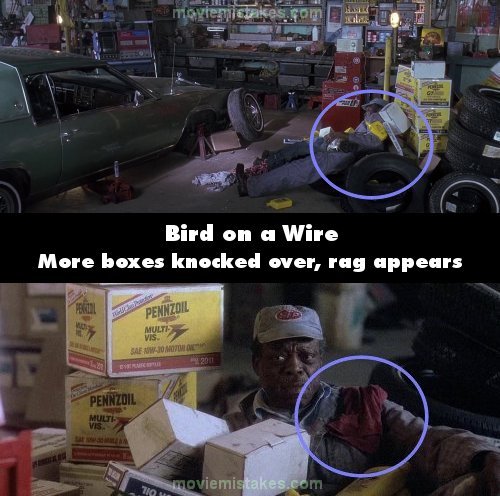 Continuity mistake: When Marvin falls back after the legs prank, he knocks down several bottles of motor oil, but two piles of boxes stay up. In the close-up that follows Mel Gibson's yuckety laughter, there's just one pile behind Marvin, and he suddenly has also a red rag on his shoulder (the same rag Gibson picks up later since it falls off the pants of the fake legs when 'Billy Ray' picks them back up). (00:07:40)

All the pictures for Bird on a Wire