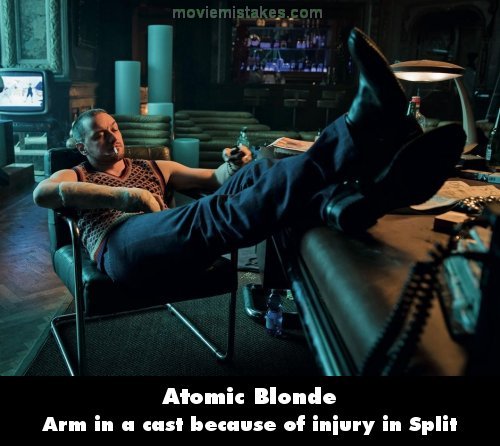 Trivia: In "Split", James McAvoy was filming a scene with the multiple personalities talking amongst each other, and he punched a door that broke his knuckle. Atomic Blonde was filmed right after Split, which is why he has a cast on his arm as the director decided to work the real life injury into the film. McAvoy has said "It was fun actually, getting to use a plaster cast to smash people's faces."