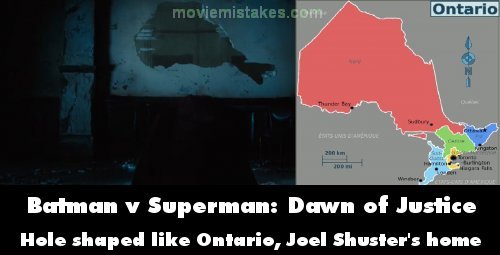 Trivia: During the big fight between Batman and Superman, a broken window has the same shape as Ontario, in Canada. Superman creator Joel Shuster was born in Toronto. The broken window is only ever shown from Superman's angle, not Batman's. This was confirmed by Zack Snyder as being a deliberate, if obscure, easter egg.

All the pictures for Batman v Superman: Dawn of Justice