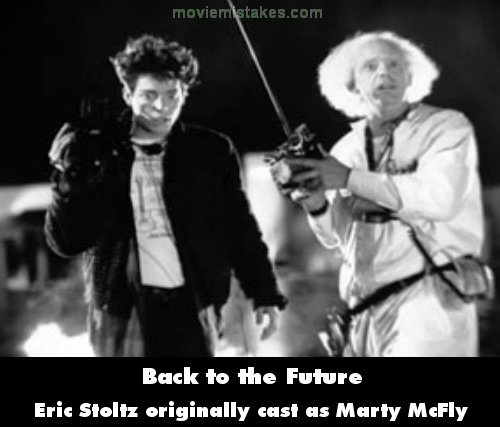 Trivia: Eric Stoltz was originally cast as Marty. After filming quite a few scenes they realised his acting style was too dramatic for the humor desired, so they cast Michael J Fox (who they couldn't originally get because he was busy with the TV show Family Ties). Filming was on weekends and nights around his TV schedule and using his double at other times.

All the pictures for Back to the Future