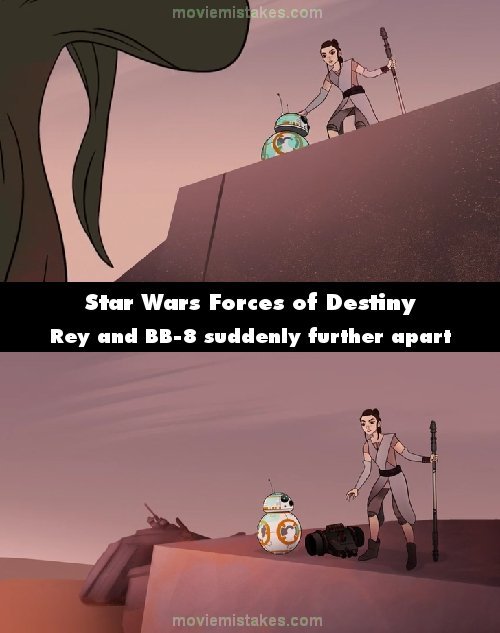 Continuity mistake: Rey grabs BB-8 and her staff, and then jumps up onto a fallen AT-AT Walker. She turns to look at the Nightwatcher worm and is standing right next to a very slime covered BB-8 on top of the AT-AT with her hand on his head. It cuts to a shot of the Nightwatcher from over Rey's shoulder and then back to a frontal view of her again from a higher angle. Rey didn't move once during those shots. But now she's suddenly standing further away from BB-8 to show the junk part between them, BB-8 now has much less slime on him, and the groove in the metal of the walker going down vertically behind BB-8 has vanished. (00:02:05)

All the pictures for Star Wars Forces of Destiny