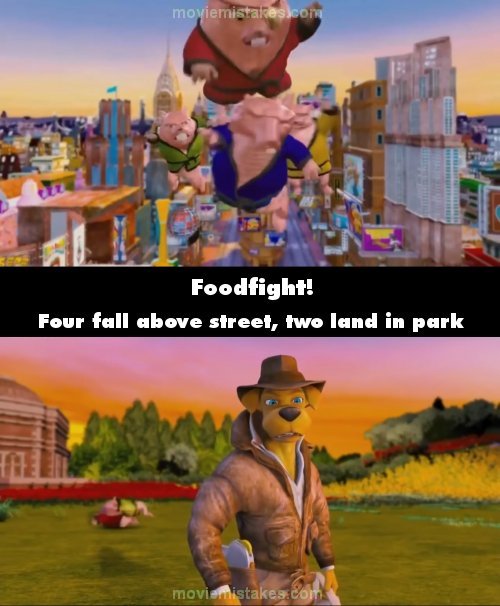 Plot hole: When Dex is rescuing the baby kittens from the Fat Cat Burglar on the hot air balloon, whilst it is flying over the city, the four hairless hamster henchmen fly off the balloon and plummet down onto the street. Dex then saves the baby kittens and lands in the park, where two of the henchmen are shown landing in the park after plummeting. Three problems with this. 1) The henchmen fell before Dex saved the kittens and made his way down to the park, so how did they land on the ground long after Dex landed on the ground? 2) How did they land in the park if they plummeted from above a street? 3) How are there only two henchmen shown landing when four of them were shown falling all at once? (00:04:30)

All the pictures for Foodfight!