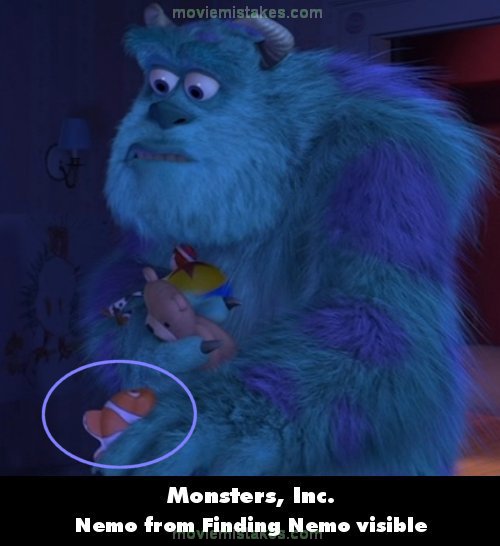 Trivia: Also in the end when Boo is handing her toys to Sully, besides Jessie, and the ball she hands him a clown fish. The fish is called Nemo, and it is from a new Disney and Pixar movie called "Finding Nemo", it is to be released in the summer of 2003.

All the pictures for Monsters, Inc.