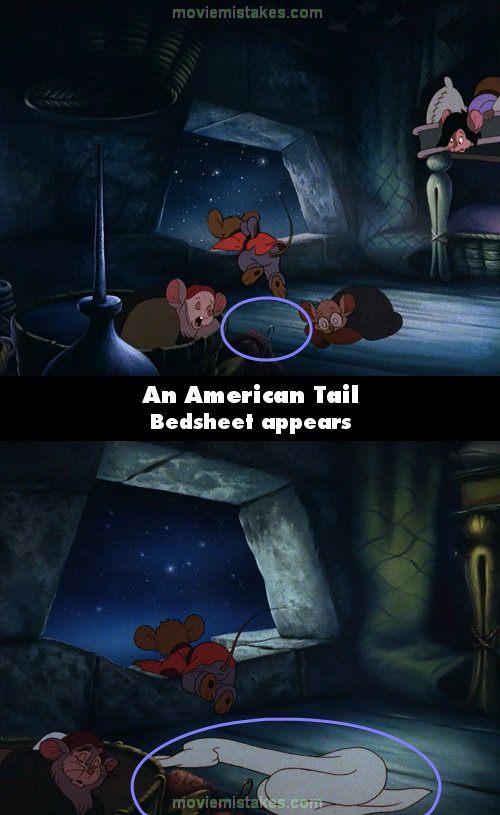 Continuity mistake: After Fievel gets captured by Warren T. Rat, he's ordered to work alongside numerous other mice in a tailor shop. In the following scene where everybody's asleep, Fievel jumps from his bed and walks over to the nearest window - making a reference to Rapunzel's hair and how well it would work to escape with. All of a sudden, two long white sheets conveniently appear on the floor behind him out of nowhere, from which he makes a long rope to rappel down the side of the building (not unlike Rapunzel's hair). (00:28:50)

All the pictures for An American Tail