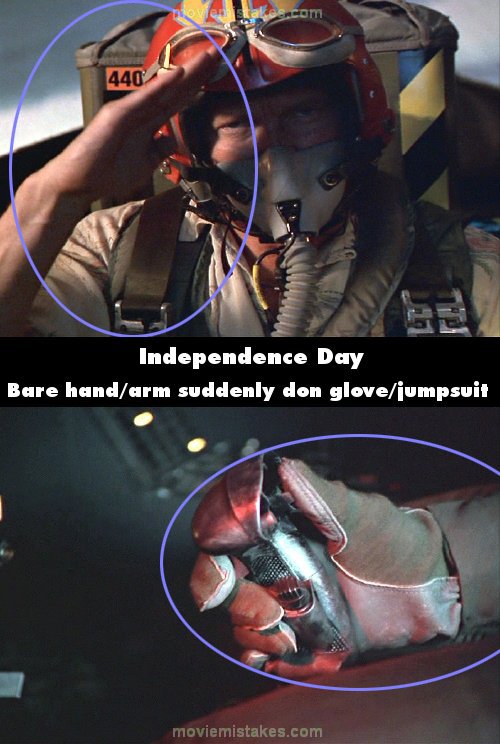 Continuity mistake: When Russell boards the F/A-18 and when he is airborne - such as when he salutes Major Mitchell (who is back at command center), he wears his Hawaiian style short-sleeve shirt and is gloveless. After he says, "Eagle 20, Fox 2," in the close-up as he presses the launch button (resulting in launch failure), the arm shown wears both a green jumpsuit and gloves, neither of which Russell actually wears.