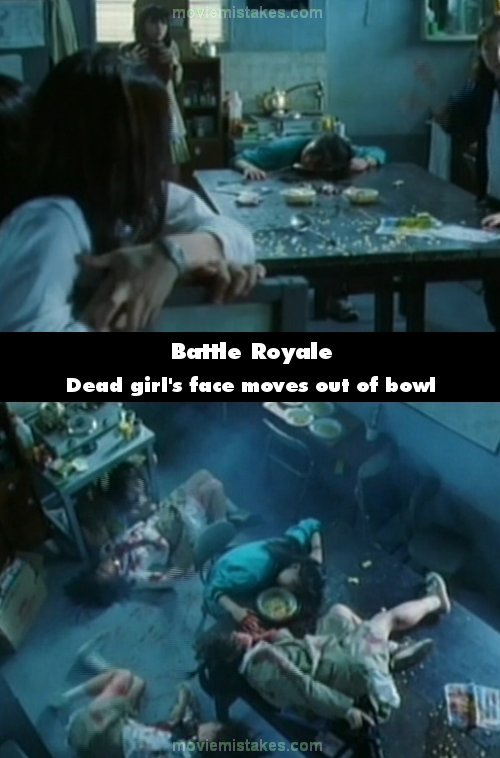 Continuity mistake: When Yuka Nakagawa is poisoned, her face lands in the bowl of poisoned spaghetti. A little later as the girls begin shooting each other, her face is now out of the bowl, and on the table instead. There was no movement to suggest that her face fell out of the bowl, as it quite clearly happens between shots (just before the girl jumps ono the table.)

All the pictures for Battle Royale