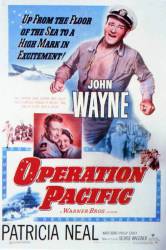 Continuity mistake: When the Japanese ship is about to be torpedoed, there are no numbers or letters on its side. In the next shot, when the ship explodes, a large white "265" is visible on the port side of the ship. 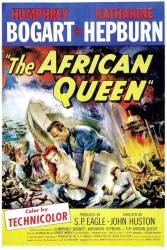 Revealing mistake: When the boat is supposedly surrounded by a swarm of flies, they're really just relatively few flies trapped between two panes of glass in front of the camera lens. Evidence: whenever the camera moves, the "swarm" moves with it against the background, and you can even see some of the insects walking on the surface of the glass. 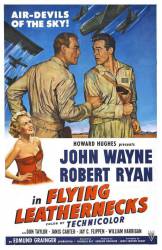 Factual error: John Wayne's squadron lands on Guadacanal as part of the "Cactus Air Force" in August 1942. However, they are flying F6F-3 Hellcats, which were not available, even to the Navy, until the middle of 1943. To top it off, they are painted in a late-war camouflage scheme with late-war markings. 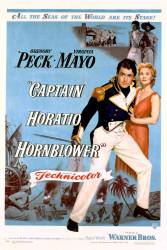 Factual error: All of the Lydia's lieutenants are wearing epauletes on their left shoulders.only lieutenant commanders were permitted to wear one on the left shoulder, while the right shoulder was reserved for captains of less than 3 years' seniority. 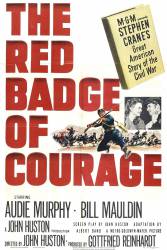 Factual error: Several union soldiers wading across the waist-deep river (and later climbing out of the river) are carrying the U.S. Springfield Rifle, Model 1903, which is a bolt-action, magazine-fed rifle (Note especially the soldier who climbs out of the river holding his rifle above his head.) instead of the historical accurate muzzle loading rifle. The Model 1903 was adopted by the US Army in 1903 and used in World Wars I and II, but not the American Civil War. For a picture of the Model 1903 Springfield Rifle, see: http://www.army.mil/cmh-pg/Museums/Showcase/Myer/Myer-4h.htm. (00:14:30) 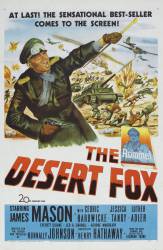 Factual error: At the end the narrator talks of "the Honourable" Winston Churchill. He was actually the Right Honourable.

More The Desert Fox: The Story of Rommel mistakes 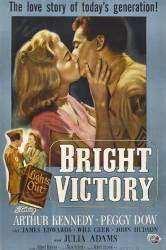 Factual error: Sargent Nevins (Arthur Kennedy) is shown playing a pinball machine in the military rec room. When the camera turns to the play field of the machine, it is clear that this machine has flippers, and flipper buttons are visible on the side of the body. The movie takes place in 1943, but flippers didn't appear on pinball machines until 1947. (First machine to have flippers was Gottlieb's 'Humpty Dumpty.'. (00:37:30)