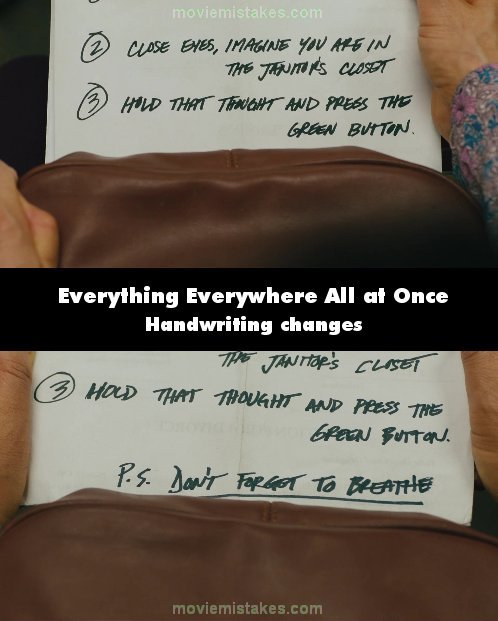 Continuity mistake: The instructions Evelyn is given had two copies created for the film - the handwriting and circling of the numbers change between shots when she's reading them in the IRS office. Notably the first time we see the instructions it says "don't forget to breath" at the bottom, then later that's changed to "breathe" as it should be. Although interestingly that change is the only one on that version of the notes, implying someone caught the grammatical error during filming and added the "E."