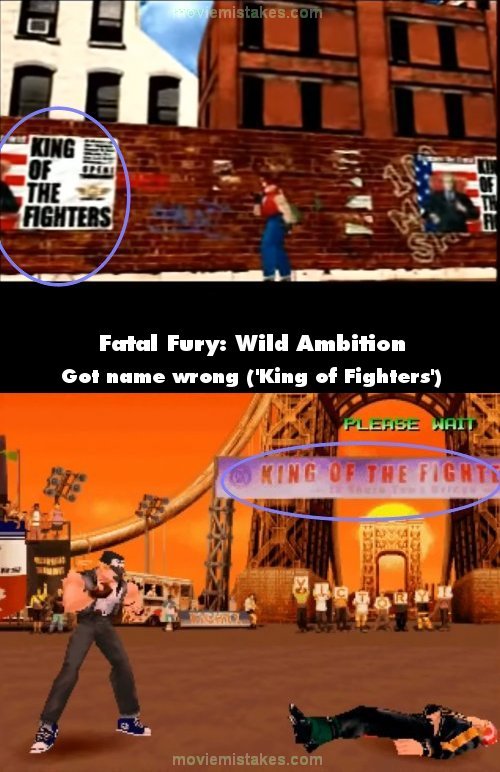 Other mistake: Throughout the game (cutscene with Terry, banner and posters in Billy Kane's stage) several times the name of the tournament is written "King of THE Fighters", with a misplaced "THE" that screams betrayal considering the most popular SNK franchise and storyline tournament, started by the first Fatal Fury itself, is "The King of Fighters", the complete title of the first FF being "Fatal Fury; King of Fighters."