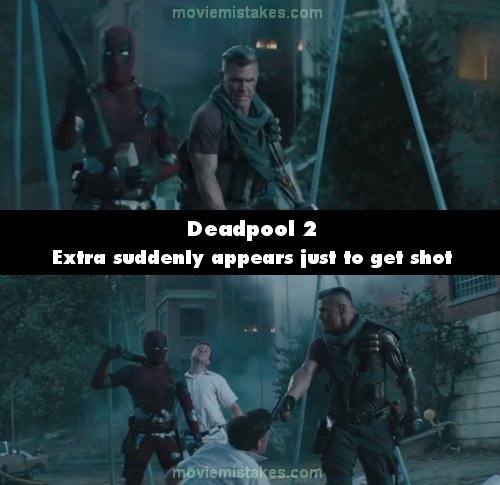 Continuity mistake: In the final fight, Deadpool says to Cable "did you feel that too?" and there's no-one behind them at all. Cable moves forwards to kill a guy on the ground, and a fraction of a second later, as Deadpool says "only best buddies execute paedophiles together" an orderly has appeared in the background, who gets shot.