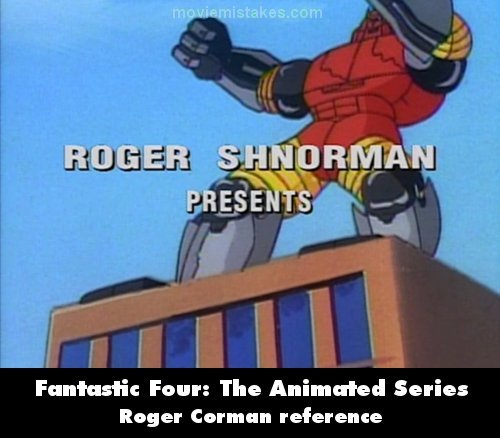 Trivia: The Godzilla parody movie that the Skulls are watching at the beginning of the episode says it is presented by Roger Shnorman. This is a reference to cult-film director Roger Corman, who himself was an executive producer on a Fantastic Four film that was made around the same time this series aired, but was deliberately never released. (00:01:30)