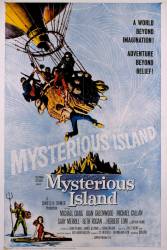 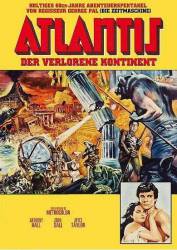 Continuity mistake: The shots are badly mismatched when Demetrius saves the elderly slave about to fall from the rope. Their arms and legs shift positions multiple times between takes. 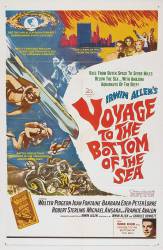 Factual error: With the radiation belt on fire, the icecaps begin to melt. The Seaview is bombarded by huge chucks of ice. The ice is sinking to the bottom like stones. Ice floats, it doesn't sink.

More Voyage to the Bottom of the Sea mistakes 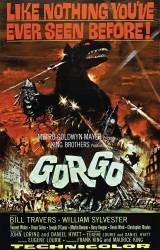 Revealing mistake: The sea creature Gorgo is paraded through the streets of London on a flatbed tractor trailer, and an off-screen American newsman announces the monster's arrival at Battersea Park, where it will be exhibited at Dorkin's Circus. The announcer introduces the creature's owners as they step from their motorcade, saying, "And our own Mr. Dorkin, of Dorkin's Circus, in the checkered suit." Problem is, Mr. Dorkin is wearing a plain gray flannel suit. Closeup shots of Mr. Dorkin over the next 40 seconds reveal that the suit is not checkered, not plaid, not striped, not patterned in any way at all. It's simply a plain gray suit. Apparently, the announcer's pre-recorded lines were never modified after changes were made in costuming. (00:34:05 - 00:35:00)

Suggested correction: You must have been watching a poor-quality copy of the movie. In the HD version available on Amazon, the checkered pattern is visible, although it is subtle. Frankly, it probably would not be visible on a television broadcast of the time.

I watched it in HD purchased from Amazon Prime on a large high-definition screen. No checkered suit.

You may need to adjust your settings. It is especially visible in the interview scene. The suit definitely has a checkered pattern of various shades of gray. Again, it is subtle, but definitely visible.

You may need to check your imagination.