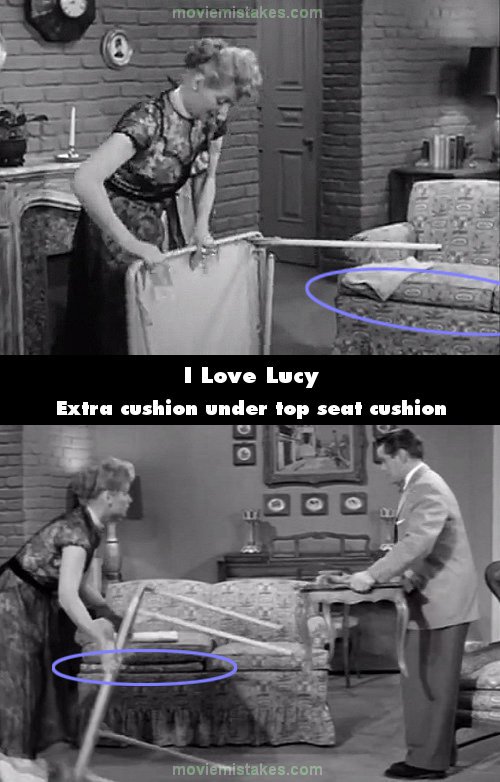 Continuity mistake: After Lucy tells Mr. Merriweather that he's invited to the seance, when it cuts to Lucy unfolding the card table legs, note the couch behind her with one normal seat cushion on the left, but in the next wideshot there's an additional shorter cushion under the normal cushion. The small towel also repositions itself neatly on the couch. (00:11:55)