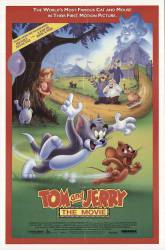 Continuity mistake: In some shots there is no steam coming from the steamboat. 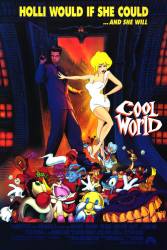 Plot hole: At the end of the movie, when Lonette comes across Frank's dead body, she asks Nails what happened. Nails tells Lonette that he was pushed off a building by Holly Wood. Lonette then asks if Holly was in doodle form when she killed Frank. Nail says she was. There would be no way for Nails to know either of these things as he was trapped in the fountain pen when Frank died and wasn't released until the Spike Of Power was removed.

Tiny Toon Adventures: How I Spent My Vacation (1992) 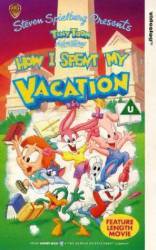 Continuity mistake: As Hampton's family leaves town for Happy World Land, the car's odometer approaches 100,000 miles and, at this point, Wade grabs a camcorder with his right hand and starts videotaping the event. But in the next shot however he's steering the car with both hands - and still operating the camcorder somehow. (00:05:50)

More Tiny Toon Adventures: How I Spent My Vacation mistakes