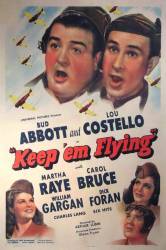 Continuity mistake: When Lou is finally convinced that he won't get hurt being the umpire in the "Hit The Umpire" game, he runs to take his place then stops in front of the batter. As Lou runs to take his place he isn't wearing a baseball cap, nor is he holding one in his hands, but in the next shot, when he gets hit in the head by the batter, one has mysteriously appeared on his head.

Visible crew/equipment: When Bob Hope and Lynne Overman are running through the artillery range the second time they fall you can see lights reflected off Bob's helmet as he is getting up.

More Caught in the Draft mistakes 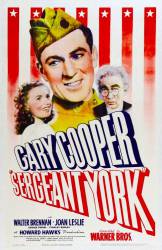 Continuity mistake: When Alvin comes home in the morning his mother tosses a pail of water at him and not much of it touches his hair. Within a second or 2 the scene switches back and now his head is drenched.