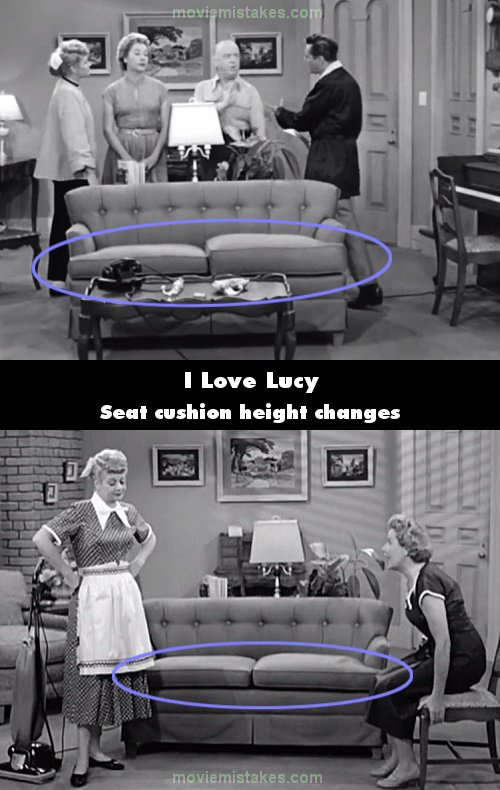 Deliberate mistake: In episode "Redecorating" Lucy wins new furniture, then in the next episode "Ricky Loses His Voice" the new furniture's delivered to the apartment, and the new couch has two normal and identical seat cushions. Starting in the next episode "Lucy is Enceinte" until the episode "Lucy Wants New Furniture", in some scenes the couch has the identical short cushions, however, in other scenes one of its seat cushions (depending on the episode, it's either left or right) is much higher than the other. For example, in "Lucy Hires a Maid" the higher seat cushion's on left side while Lucy waits for her lunch, then after Ethel urges Lucy to fire the maid the short cushion's on the left. The uneven cushions are usually seen in scenes with either Desi or another male actor, who sit on the side of the couch which has the higher seat cushion. There are even scenes where both of the seat cushions are the higher ones, such as in "Lucy's Last Birthday."

2
All the pictures for I Love Lucy