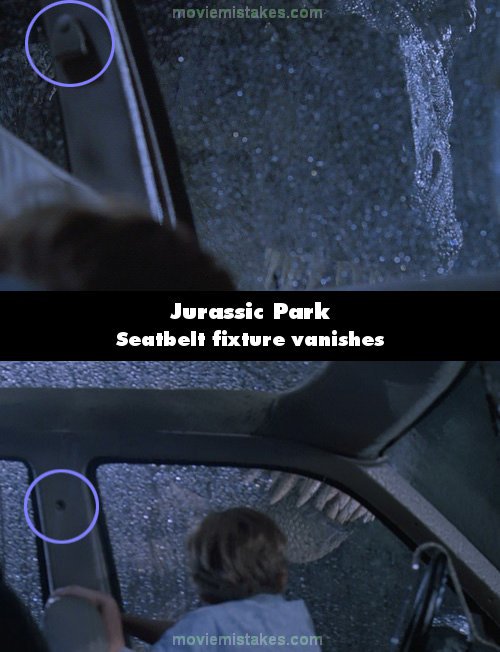 Continuity mistake: When the T. Rex escapes its paddock and then Tim tells Lex to turn the light off, in the interior shot after Tim closes the vehicle's door, the plastic piece (used for seat belts) anchored to the panel between the windows vanishes inexplicably leaving just a hole, and when the T. Rex roars Tim covers his ears and there's some kind of small plastic on that hole.

All the pictures for Jurassic Park