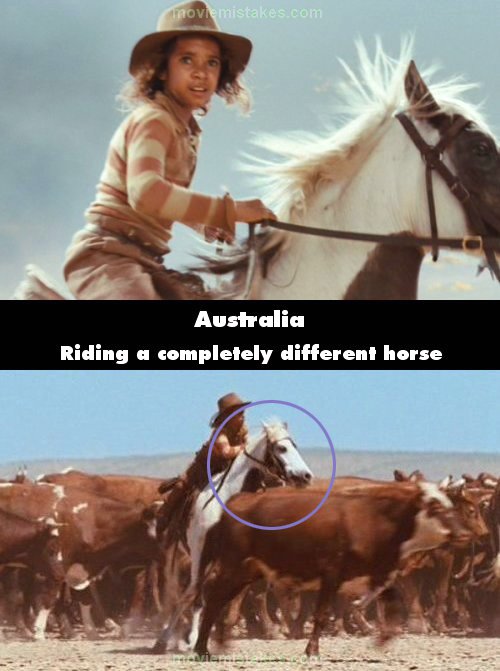 Continuity mistake: During the cattle drive Nullah starts out by riding a Skewbald (brown and white) horse but in subsequent shots the horse is Piebald (black and white). In later scenes the horse remains Piebald but the pattern of the markings changes between shots indicating that the pony was actually grey.

All the pictures for Australia