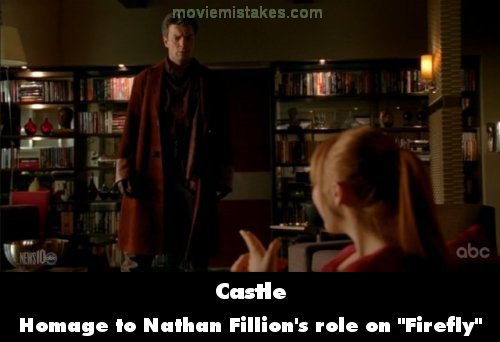 Trivia: Castle's Halloween costume is of Malcolm Reynolds, played by Nathan Fillion in the short-lived TV show "Firefly." Alexis asks him: "Didn't you wear that like five years ago?" Serenity, the film based on Firefly, was released 5 years before this episode aired.