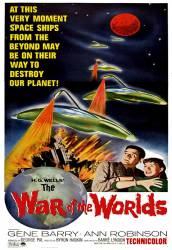 Continuity mistake: When Sylvia and Dr. Forrester are in the farm house, Sylvia cooks some eggs, then places the plates of eggs on the table. As she places them down you can see a plate with toast stacked on it. This plate disappears in the next shot of them both sitting down. (00:42:40)

More The War of the Worlds mistakes 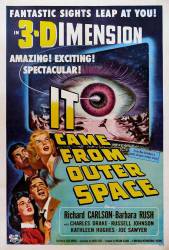 Visible crew/equipment: Opening credits (also a few minutes in) has a fiery spaceship crashing into the camera for this was a 3D movie. What's interesting is that a mirror can be seen on the left portion of the screen just before the collision. This was apparent at the theatres and on the VHS tape release. For some reason, the DVD release has it cropped out and now the spaceship is off-centered at the beginning (fortunately the bonus material still shows it). (00:00:20 - 00:03:50) 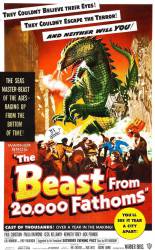 Continuity mistake: When the Beast first tears down the streets of New York, a lone police officer empties his service revolver at the beast before being eaten. A few minutes later, a group of a half dozen police officers pump their shotguns before firing at the beast - the officer who was already eaten after firing his revolver can be seen alive in the far left of the screen as one of the officers readying his shotgun.

More The Beast From 20,000 Fathoms mistakes 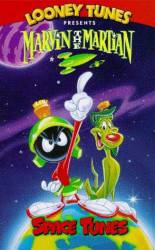 Character mistake: On the sign outside Dr I.Q. Hi's headquarters, the word "Stratosphere" is spelled "Stratopere." 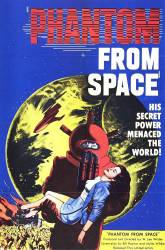 Continuity mistake: Lieutenant Bowers questions the survivor of the first encounter with the alien, suspecting he might have just clobbered a love rival. The telephone rings; after it happens, the sheet in front of the suspect does a 180°. (00:09:35)